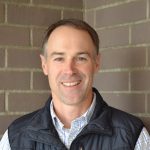 Cody Vavra was elected as the Union County Assessor in the 2016 election and previously served as the county’s Chief Appraiser.

Cody was born in Union County and spent most of his childhood in Union before moving with his family to Burns. After graduating from high school, Cody served in the Navy as the Primary Flight Controller onboard the aircraft carrier U.S.S. America and served in Iraq, Bosnia, Somalia, and Haiti. Upon completion of his enlistment, Cody attended Oregon State University, where he received a Bachelor of Science degree in Natural Resource Management and Public Policy. Cody then spent the next several years working for the Bureau of Land Management, Forest Service, and Crook County before returning to Union County.